Homeland security is presently one of the major concerns of the Kingdom of Saudi Arabia (KSA); KSA is a large country, with more than 7000 kilometers land and coastline borders, surrounded with many regional military conflicts. Controlling the border from potential threats is one of the key technologies that needs to be developed. Academic and industry have recently given much attention to the use of photonics technology for next generation radars that have a set of new technical capabilities and overcome the drawbacks of existing installed systems.  The aim of this research work is to design and build a prototype (test bed) of a photonics based software defined multiband and multifunction radar capable of managing and generating arbitrary radar waveforms over extremely high frequencies up to 40 GHz and beyond. 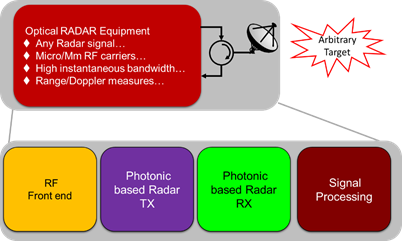 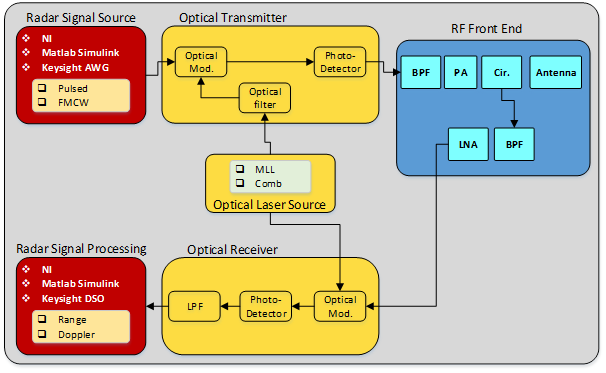