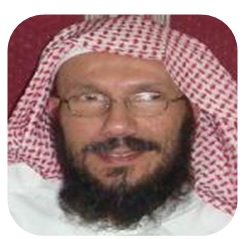 Dr. Saleh A. Alshebeili is professor and chairman (2001-2005) of Electrical Engineering Department, King Saud University.  He has more than 25 years of teaching and research experience in the area of communications and signal processing. Dr Alshebeili is member of the board of directors of  King Abdullah Institute for Research and Consulting Studies (KAI-RCS, 2007-2009), member of the board of directors of Prince Sultan Advanced Technologies Research Institute (PSATRI, 2008-2017), the managing director of PSATRI (2008-2011), the director of Saudi-Telecom Research Chair (2008-2012), and co-founder and director (2011-Present) of the Technology Innovation Center, RF and Photonics for the e-Society (RFTONICS), funded by King Abdulaziz City for Science and Technology (KACST). Dr Alshebeili has been in the editorial board of Journal of Engineering Sciences of King Saud University (2009-2012). He has also an active involvement in the review process of a number of research journals, KACST general directorate grants programs, and national and international symposiums and conferences. (http://faculty.ksu.edu.sa/alshebeili/default.aspx). 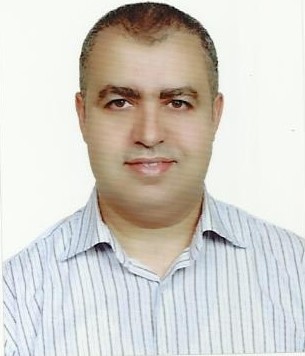 Dr. Habib Fathallah (S’96, M’2001, SM’15) born in Ras Jebel, Tunisia in 1969, he received the B.S.E.E degree (with honours) from the National Engineering School of Tunisin1994,and the M.S. and Ph.D degrees in electrical and computer engineering from Laval University (Canada) in 1997 and 2001, respectively. In November 2008, he joined the Electrical Engineering Department, College of Engineering of the King Saud University (KSU), Kingdom of Saudi Arabia. In 2011, he co-founded the KACST Technology Innovation Center IN Radio Frequency and Photonics for the e-Society (RFTONICS), KSU, KSA. He was also Adjunct professor (2003-2012) with the department of electrical and computer engineering, and senior scientist in the Center of Optics Photonics and Laser (COPL) (2006-2008), Canada. He has six years of industrial experience mainly as Access Photonic Networks Inc. (Canada) as founder, president and  Chief Technology Ofﬁcer (1999-2005). He fathered the use of Bragg Gratings technology for all-optical/all-ﬁber coding/decoding in optical CDMA systems the application of all optical coding for FTTX monitoring. He initiated and managed more than 20 research, Innovation & development, Academic and Industry projects in Canada and MENA. He authored 2 books and close to 100 publications and 12 patents. His research contributions have been cited more than 1100 times. His former and current research interests include Waveband light sources, optical code division multiple access OCDMA, optical coding/decoding, ﬁber-to-the-X passive optical networks (FTTX-PON) technologies and monitoring, erbium doped ﬁber ampliﬁers, Fiber Bragg Grating manufacturing and applications for communications and sensing, few mode ﬁbers-space division multiplexing, electromagnetic wave energy harvesting, optical antennas, Ultra High Speed Communications 400G & Terabit per carrier, optical OFDM, and super-channel systems. 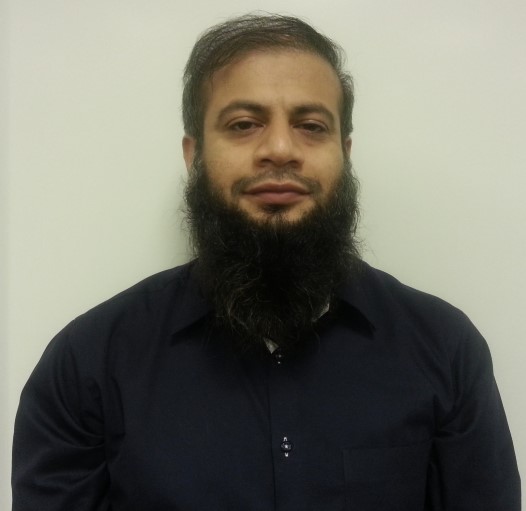 Dr. Muhammad Ahmad Ashraf received undergraduate education in Electrical Engineering from University of Engineering and Technology (UET) Lahore in 2003. He received M.S. degree in Microwave Engineering from National University of Sciences and Technology (NUST), Rawalpindi in 2009. In 2003, he joined National Development Complex (NDC) a public sector organization. He joined telemetry department there and developed his expertise in the fields of electromagnetic wave propagation and S-band radio frequency (RF) front end components design. He worked as lecturer in National University of Computer & Emerging Sciences (NUCES) from 2007-2008. In 2008, he joined Electrical Engineering Department, King Saud University (KSU), Riyadh where he received PhD degree in June 2014. During his PhD research he was with microwave, antenna and radar systems (MARS) laboratory at Prince Sultan Advanced Technology Research Institute (PSATRI), King Saud University. Currently he is working with the Technology Innovation Center, RF and Photonics for the e-Society (RFTONICS), funded by King Abdulaziz City for Science and Technology (KACST). 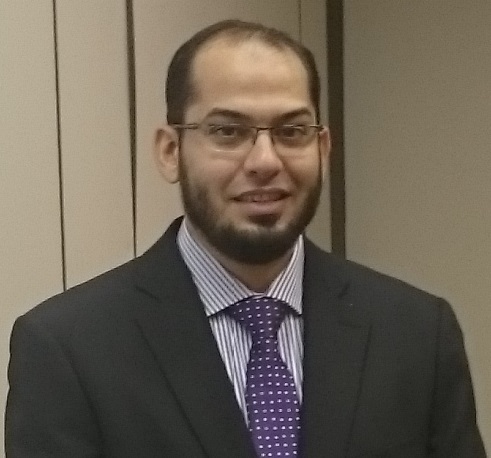 Dr. Amr Ragheb received the B.S. degree (with Honours) from Tanta University (Egypt) in Electrical Engineering in 2001. Later, he finished his M.Sc. degree in the same field from Tanta University in 2007. He worked as a teaching assistant (TA) in Tanta University from 2003 to 2008. He worked as a TA in King Saud University, Riyadh-Saudi Arabia, from 2010 to 2015. He got his Ph.D. degree in Electrical Engineering from King Saud University, Riyadh-Saudi Arabia, in 2015. Currently, he is a postdoctoral fellow at King Abd-Alaziz City for Science and Technology (KACST) - Technology Innovation Center in RF and Photonics (RFTONICS), Riyadh, Saudi Arabia. He has more than 5 years’ experience in photonics telecommunication laboratory. He has contributed in the research society in the following; photonic-microwave integration, Quantum Dash based lasers, Free space optical communication, Coherent optical receivers, Multi-format high speed optical transmitter, and Passive optical networks. His papers are cited more than 35 times per Google Scholar. 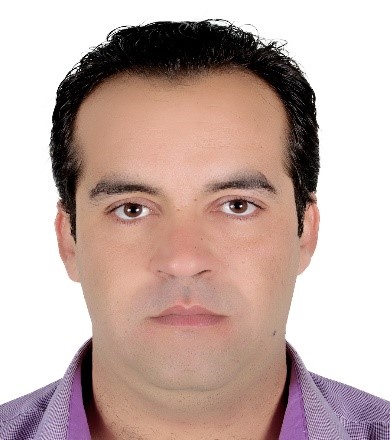 Dr. Khaled ISSA earned a B.Sc. with first-class honors degree in August 2006 from Preparatory Institute of Scientific and Technical Studies (IPEST), Tunisia. Later, He finished his Physics M.Sc. degree in 2008 in Faculty of Science Monastir (FSM), Tunisia. He achieved first-class honors in PhD's degree in 2016 from the same university. He worked as an Electro-Optic Research Engineer in IPEST and in Institute of Nanotechnology of Lyon (INL), France & Laser Center Jussieu (Université Pierre et Marie Curie), France from 2004 to 2006. He worked as a Photonic Engineer in INL, France from 2008 to 2009. He worked as a Teacher Assistant in Faculty of Science of Monastir from 2008 to 2014. His main research interests during the PhD was the atomic, molecular interaction and systems, advanced quantum studies and rare gas clusters. Dr. Khaled joined KACST-RFTONICS at KSU, Saudi Arabia as a researcher in October 2014 and mainly worked on Antenna Analysis, Synthesis and characterization projects and also Nano-fabrication and Nano-characterization of Nano-structures. Moreover, he worked on various funded research projects by NSTIP & RFTONICS-TIC. He published, presented and submitted peer-reviewed conferences and journal papers. Dr. Khaled supervised undergraduate student’s projects in optical telecommunication and renewable energy areas. Also, he co-supervised of graduate students. 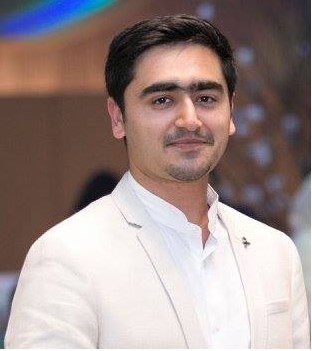 Dr. Waleed Tariq Sethi was born in Peshawar, Pakistan. He received the B.S. degree (2009) in Telecommunication engineering from National University of Computer and Emerging Sciences (NUCES-FAST), Pakistan. He received the M.S. degree (2013) in Electrical engineering with specialization in Communications from King Saud University, Riyadh, Saudi Arabia. He was awarded with the Ph.D degree in Signals and Telecommunication engineering (2018) from University of Rennes, France where his research topic was the novel design of optical antennas for harvesting solar radiation energy.

In 2009, he started his career in teaching by joining one of the reputed universities (UET, Peshawar) in Pakistan. He utilized that period in spreading his knowledge and ideas among his students and peers while gaining a better understanding of the working principle of microwave circuits and electronic devices. Currently, he is working as an expert antenna designer/researcher at KACST- Technology Innovation Center in RF and Photonics for the e-Society (RFTONICS), hosted at King Saud University. He is also co-supervising undergraduate and graduate students in the field of electromagnetism. His research interests include antenna designs in the microwave, millimeter wave and Terahertz (THz) domain, wireless power transfer and ambient wireless energy harvesting, Nano antenna designs and dielectric resonator antennas.