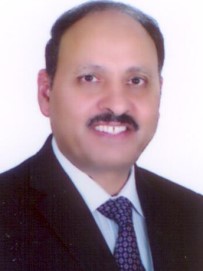 Dr. Abdel Razik Sebak is co-founder of KACST-TIC in RF and Photonics for the e-Society (RFTONICS). He is Fellow of IEEE, Professor at Concordia University, Canada. He received the B.Sc. degree from Cairo University, Cairo, Egypt, and the M.Eng. and Ph.D. degrees from the University of Manitoba, Winnipeg, MB, Canada, all in electrical engineering. He was a Professor with the University of Manitoba. He was also with Cairo University and Canadian Marconi Company, Montreal, QC, Canada, where he was involved in the design of microstrip phased array antennas. He is currently a Tier 1 Concordia Research Chair and Professor with Concordia University. His current research interests include phased array antennas, millimeter wave antennas and imaging, computational electromagnetics, advanced composite materials for aerospace shielding and antenna applications, and interaction of EM waves with engineered materials and bio-electromagnetics. Dr. Sebak is a member of the Canadian National Committee of the International Union of Radio Science Commission B. He received the 2000 and 1992 University of Manitoba Merit Award for outstanding teaching and research, the 1994 Rh Award for Outstanding Contributions to Scholarship and Research, and the 1996 Faculty of Engineering Superior Academic Performance. He is the General Chair of the 2016 Antenna Technology and Applied Electromagnetics Symposium and served as the TPC Co-Chair of the IEEE ICUWB in 2015. He served as the Chair of the IEEE Canada Awards and Recognition Committee from 2002 to 2004, and as the Technical Program Chair of the 2002 IEEE CCECE Conference and the 2006 Antenna Technology and Applied Electromagnetics Symposium. 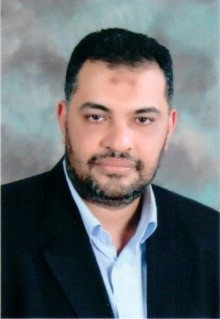 Dr. Fathi E. Abd El-Samie received the B.Sc.(Hons.), M.Sc., and Ph.D. degrees from Menoufia University, Menouf, Egypt, in 1998, 2001, and 2005, respectively. Since 2005, he has been a Teaching Staff Member with the Department of Electronics and Electrical Communications, Faculty of Electronic Engineering, Menoufia University. He worked as a researcher at KACST-TIC in Radio Frequency and Photonics for the e-Society (RFTONICs) from 2013 to 2015. He is currently the Head of the Department of Electronics and Electrical Communications and Vice Dean for Education and Students affairs, Faculty of Electronic Engineering, Menoufia University. He is a coauthor of about 300 papers in conference proceedings and journals, and five textbooks. His current research interests include image enhancement, image restoration, image interpolation, super-resolution reconstruction of images, data hiding, multimedia communications, medical image processing, optical signal processing, and digital communications. Dr. Abd El-Samie was a recipient of the Most Cited Paper Award from the Digital Signal Processing journal in 2008. 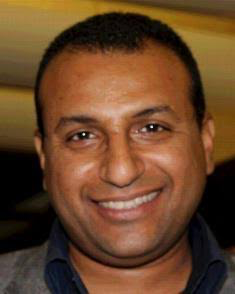 Dr. Osama Haraz was born in Aswan, Egypt, in October 23, 1976. He worked as a researcher at KACST-TIC in Radio Frequency and Photonics for the e-Society (RFTONICs) from Sep. 2013 to Sep. 2015. He received the B.S. (with honors) and M.S. degree in Electrical Engineering from Assiut University, Egypt, in 1999 and 2004, respectively, and the Ph.D. degree from Concordia University, Montreal, QC, Canada, in 2011. From 1999 to 2000, he worked with Nuclear Material Authority, Cairo, Egypt, as an electronic engineer. Between 2000 and 2006, he was with the electrical engineering department of Faculty of Engineering, Assiut University as assistant lecturer. Currently, he is working as a post-doctoral fellow at Concordia University, Montreal, QC, Canada. His current research interests include small antennas, microwave circuits for UWB and MMW applications, phased array antennas, and interaction of EM waves with new advanced materials. Dr. Haraz received the 2010 Concordia Ph.D. thesis completion award, Concordia University, Montreal, Canada. He has also received the Scholarship of the Egyptian Ministry of Higher Education (2006–2010), the 2000 MobiNil Communication Company Excellence Award and the 6th October University Academic Distinction Award (1997–1998), Cairo, Egypt.

Eng. Saleh Chebaane has worked in KACST- Technology Innovation Centre for radio frequency and photonics for the e-Society (RFTONICS, 2014-2016). He has Master in Quantum Physics since 2012 and he is PhD candidate in the area of novel fiber optic technologies, in the Physics department in college of science, Monastir University in Tunisia. He has research experience in Photonics and Quantum Physics. This includes Next Generation Fiber Optic Network and Modelling of quantum channel for quantum encryption. He has also been involved in projects like Photonic RADAR deception Jammer and Fiber intrusion detection systems carried out at RFTONICS.